The street artist collaborated with sportswear NBA Style Korea for a capsule collection that released at stores early August. Together they have designed 22 pieces – featuring a select range of apparel and accessories. 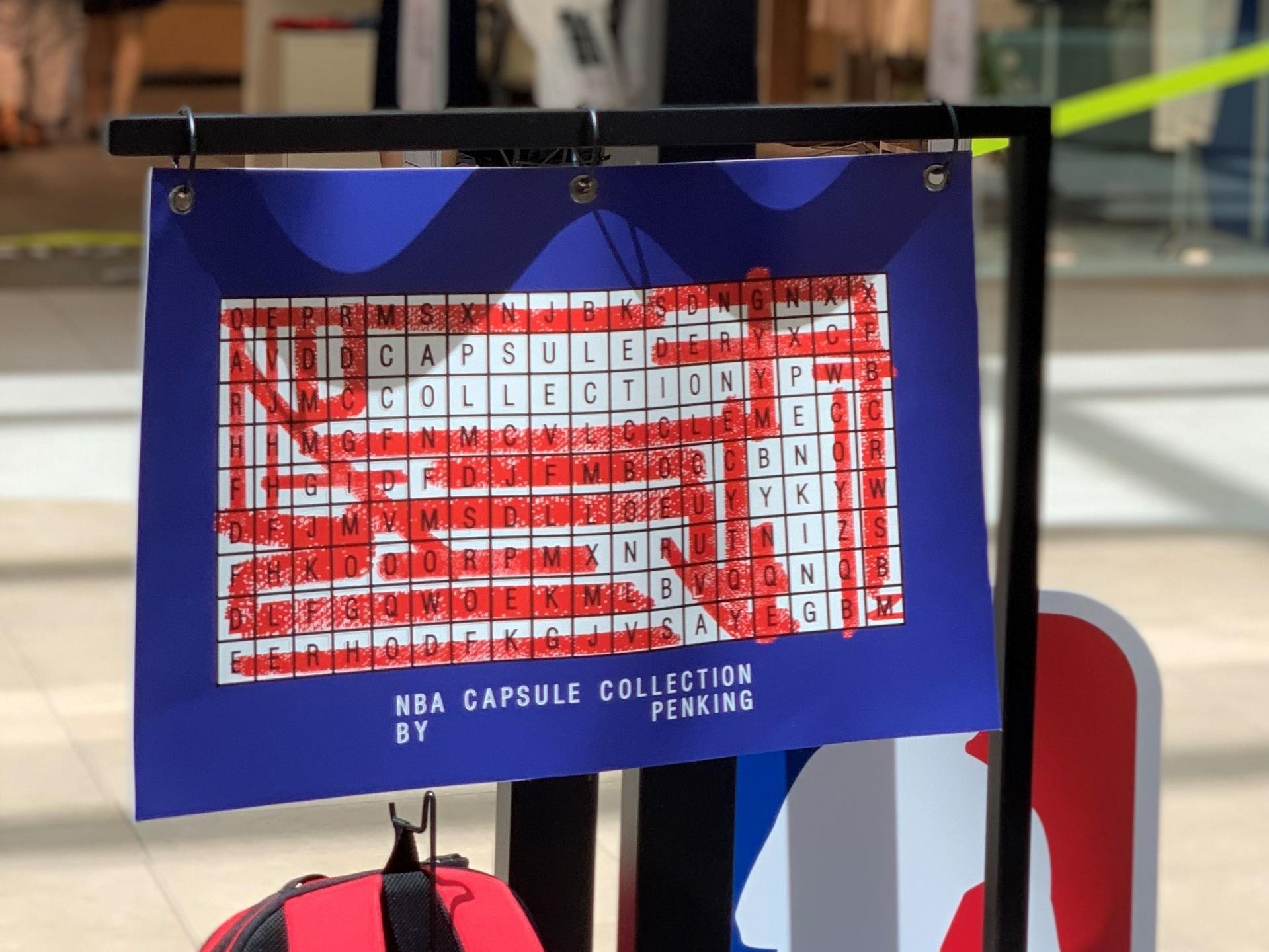 When the artist was young he wanted to find his name or his favorite word in the word puzzle. The letters that are not crossed in red spell “Penking” and “NBA” in the puzzle. / WTFM

As an amateur basketball player himself, Penking seamlessly implemented his personal experiences into the collection. Inspired by Orlando Magic’s classic style, the Seoul-based artist designed white stripes on a black jersey with blue details.

“My dream was to become a basketball player back in the 90’s. I admired the NBA player from Orlando Magic, Penny Hardaway,” said the artist. 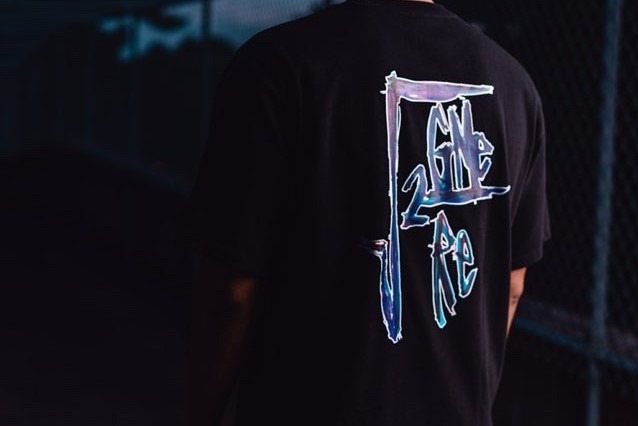 The back of the jersey has a math equation and a chemical symbol which is a replacement for the uniform number used to identify and distinguish a player. “I used to play in the basketball team when I was in middle school, but unless you were an exceptionally skilled player, the opposing team would name a player by calling out his number on the back of his jersey. So I wanted to change that, and make a collaboration that focused more on the passion for the sport.”

The purple and pink stars colored with a gradient fill represents the team logo PenKing made when he was young for a prospective basketball team he had imagined. 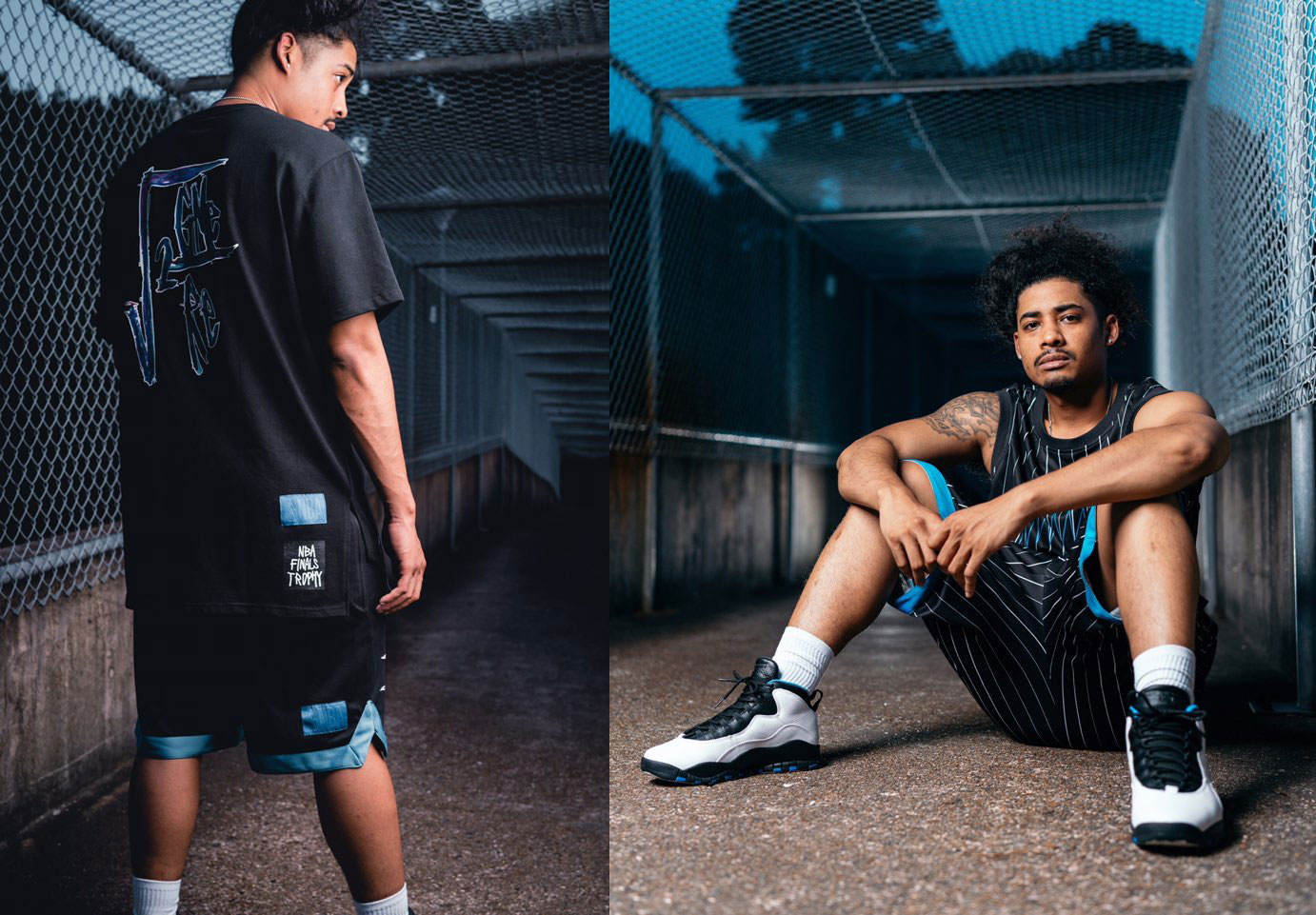 The zigzag line in the middle of the jersey illustrates an audio recording of “My favorite sport is basketball.” / WTFM 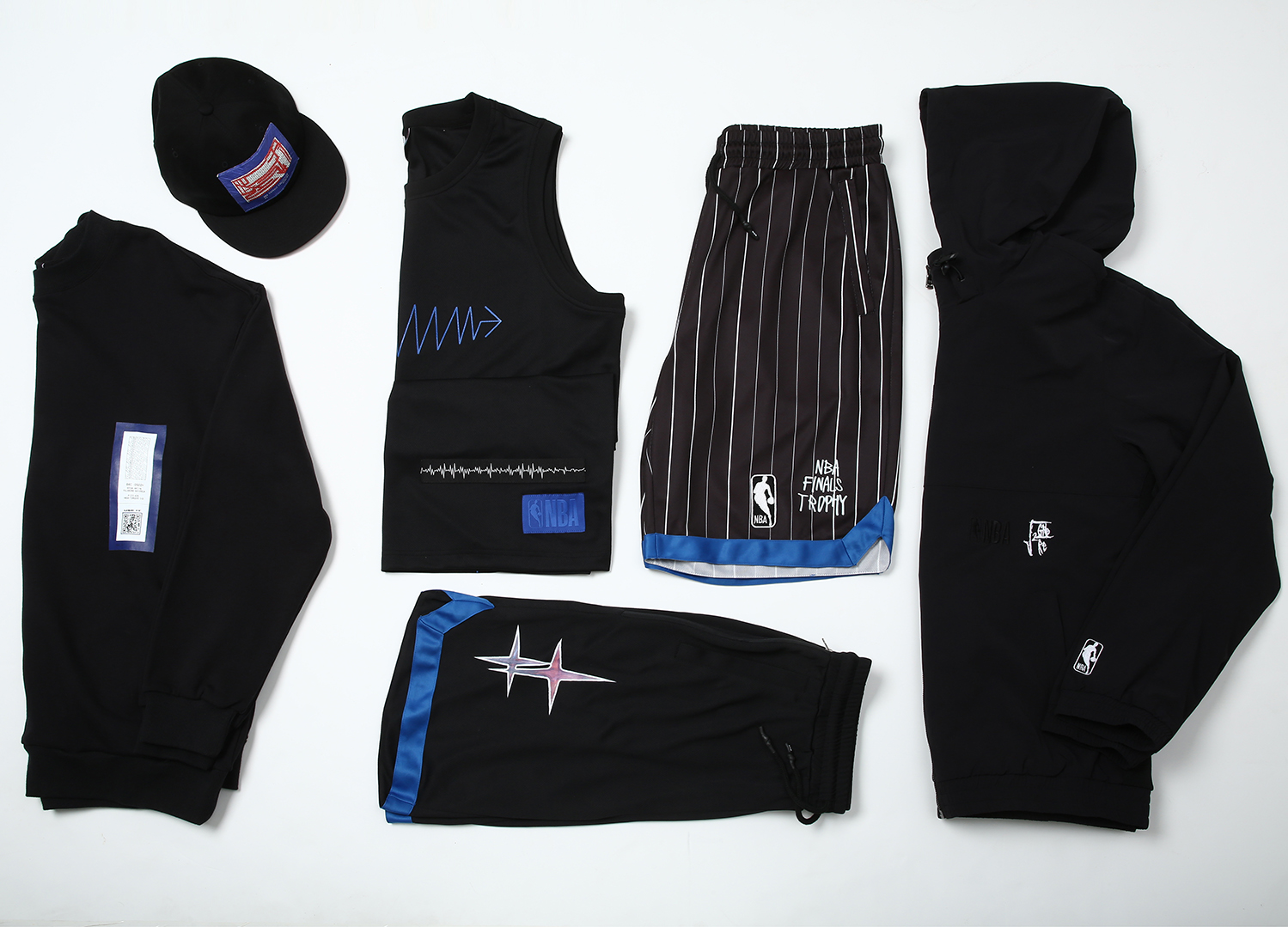 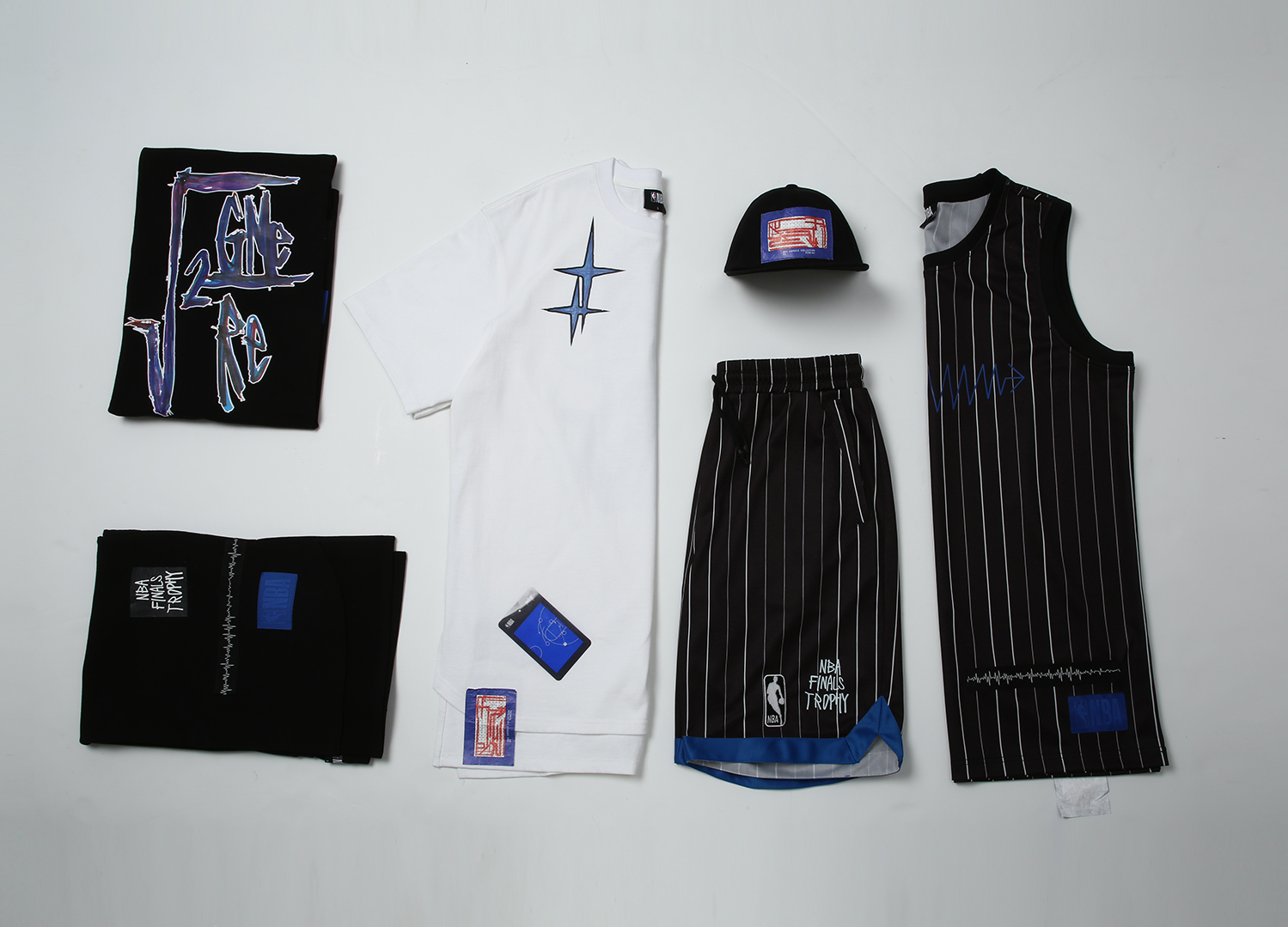 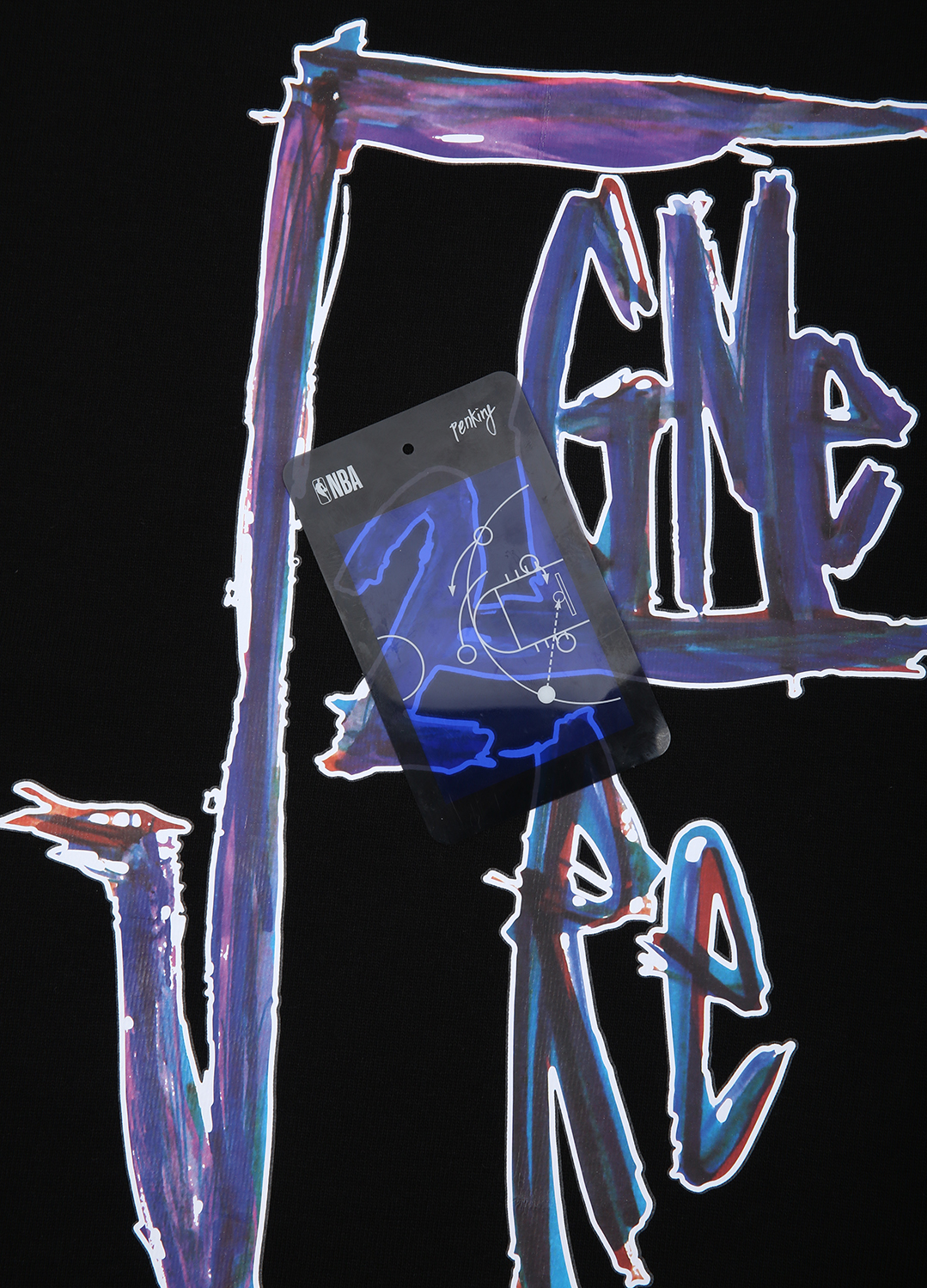 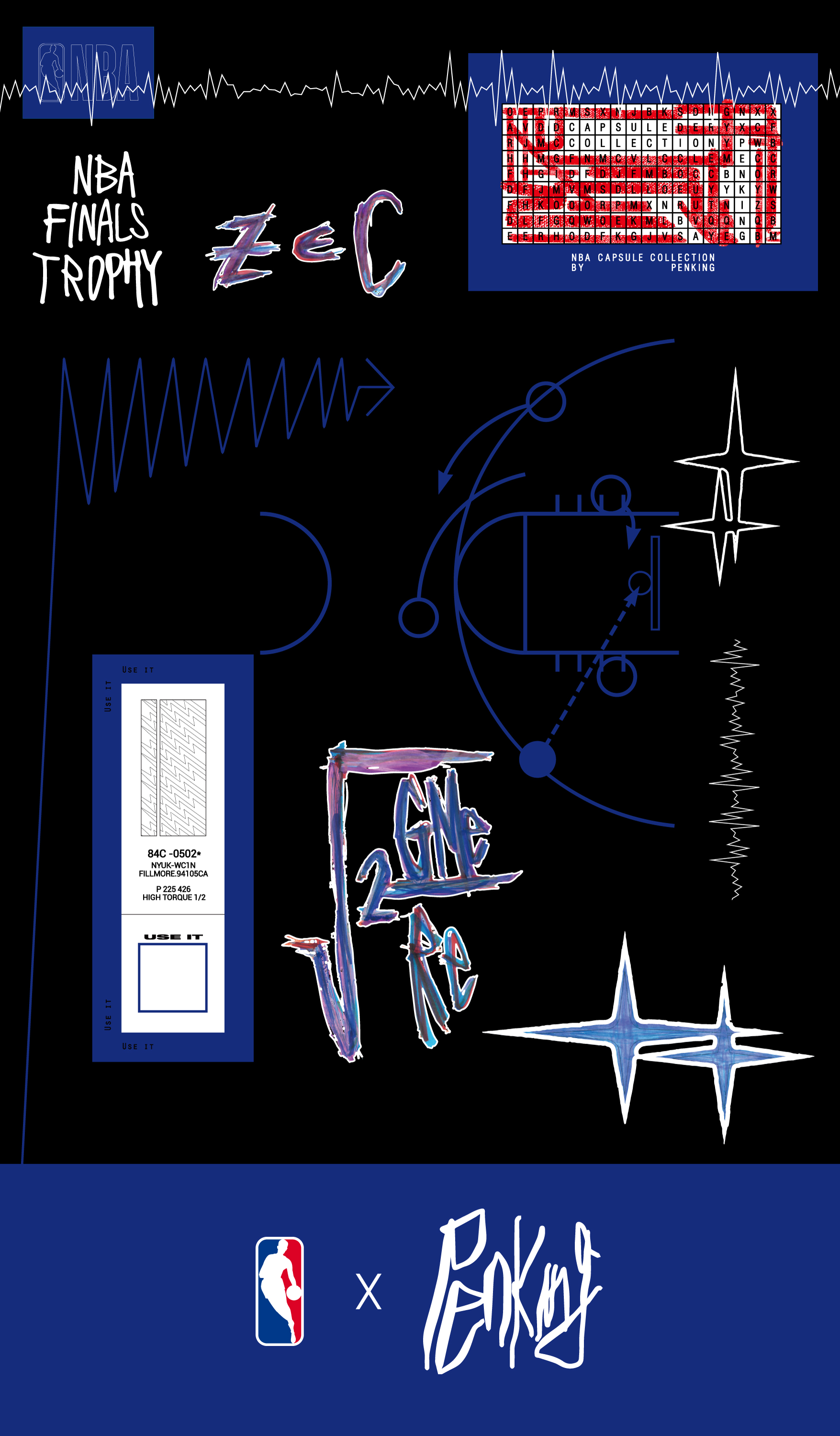